Containing over 6 million rivets The Sydney Harbour Bridge took over 11 years to build and was referred to as the Iron lung due to the life it breathed into an otherwise fledging economy. The granite pylons were an afterthought of the design as was did not considered ‘complete’ until they were implemented. The museum on the southeast pylon offers views across Circular Quay and The Rocks. The bridge is continually painted and maintained. It’s estimated that in 400 years there will be no more original steel left on the bridge due to the consistent need to maintain and repair the structure. 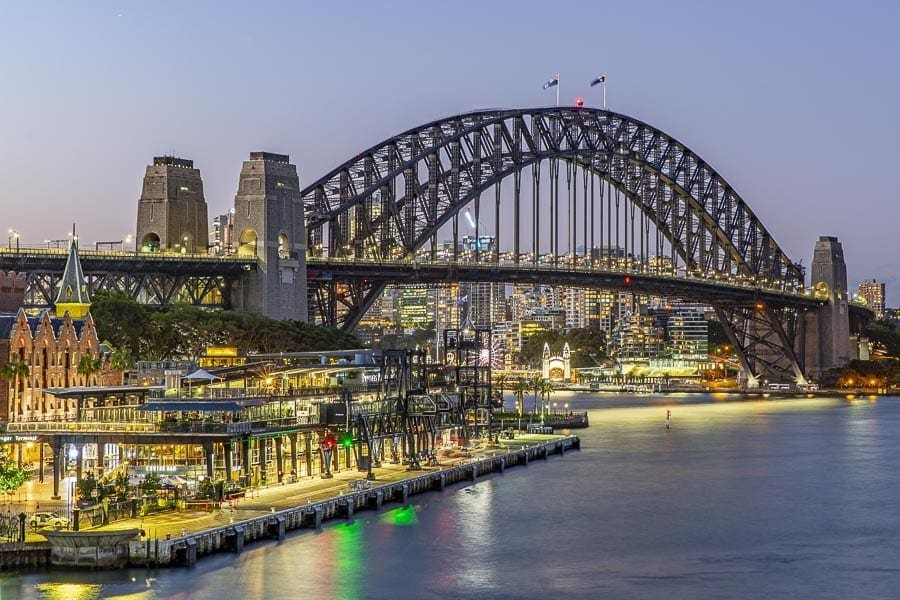 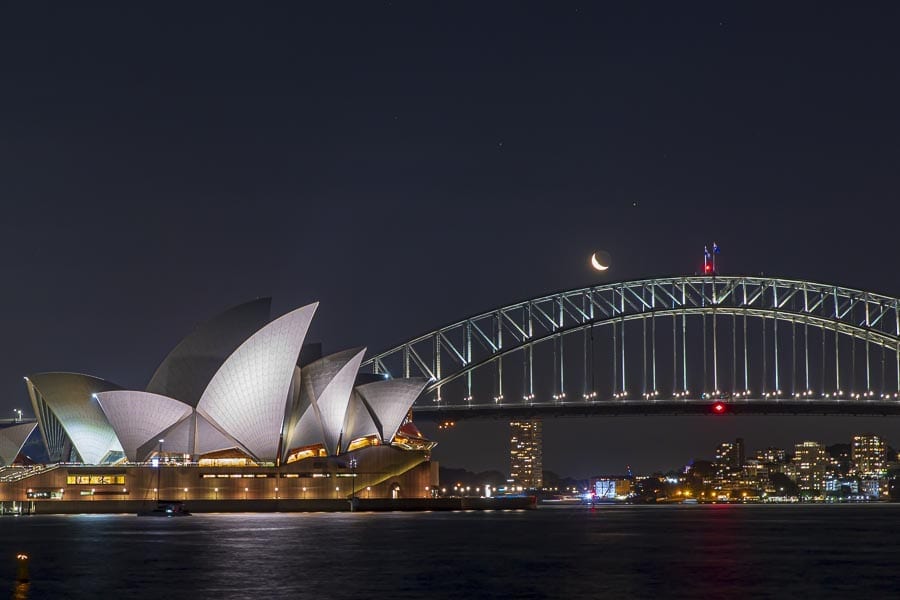 The structure is considered a self supporting steel arch bridge with 4 main foundations attached to kingpins either side of the harbour. These are designed to flex with the expansion of the bridge due to heating and cooling of the steel.

The granite pylons are not considered to have any structural significance and are purely there for aesthetics. This granite was quarried from the southern coastal town of Moruya in NSW. This was brought to Sydney on specially designed ships.

Crocodile Dundee otherwise known as Paul Hogan was a rigger on the bridge prior to finding fame. His workmates convinced him to go on Saturday Night Live and do a comedy stint which became a regular gig before establishing The Paul Hogan Show where he still needed to work as the money from TV was not enough to support his family. It’s reported that he was regularly recognised on the train journey to work. His real money came from Crocodile Dundee fame.

Prior to construction, The North Shore had far fewer residents due to the difficulty of crossing the harbour.

Take a look below for your own private touring experience.

With our freedom of choice tour through Sydney we’re heading to the coast to check out the beaches and harbour foreshores. With a good mix of coastlines and hidden treasures you’ll be glad to came along.